It was a proud day for the club yesterday as our Club’s first ever Women’s Team took the field at Jack Harper MCG in Balbriggan Town Park. The weather during the week and leading up to yesterday wasn’t helpful. Which led to Sunday’s 4th Team game being rained off. It was a huge effort from our volunteer grounds team. Led by Albert and Brian Harper to get the ground ready and a grass wicket prepared for the Women’s Team to play on yesterday. Although the sky overhead didn’t look great , the ground looked absolutely first class.The coin was spun and it was decided that Balbriggan would take the field and North Kildare would bat first.

Balbriggan Captain Lara Maritz opened the bowling along with her sister and vice Captain Tess and they bowled an excellent opening spell and put the North Kildare Women under pressure and reduced them to 36 for 4 with 2 wickets for Tess , 1 for Lara and a run out. Then Rosie Neuman Jones came in to bat and got the scoreboard moving for North Kildare. But then excellent bowling from Erin Knight , Izzy McLean and Sonali Wankhade meant that wickets continued to fall and Neuman Jones ended unbeaten on an excellent 52 as her team were bowled out for 159 in 35 overs after a couple of unplanned stoppages for rain. It was an excellent all round performance from the bowlers with 5 bowlers taking wickets. Izzy McLean with 3 for 34 , Sonali Wankhade 2 for 31 and Tess Maritz with 2 for 21 were the pick of the bowlers and ably supported by Erin knight with 1 for 35 and Lara Maritz with 1 for 21. The spirit among the Balbriggan team in the field was exceptional and they backed each other up in every way on the field.

The Chase Gets Going

So after the rain delays it meant that Balbriggan needed 149 off a reduced 34 Overs. Jess Butler and Lara Maritz opened the batting for Balbriggan but didn’t get the start they wanted as Butler was out early and followed by Izzy mcLean and Sonali Wankhade leaving Balbriggan reeling at 17 for 3. All 3 wickets went to Laoise Neuman Jones who bowled an excellent spell of 3 for 24 off 6 overs. This brought Tess Maritz to the wicket to join Lara and the Captain and Vice Captain set about calming the nerves of the crowd and putting together a partnership. The runs flowed and pretty soon it was 76 for 3 off 9 and then 110 for 3 off 15 and victory was within sight. 4s and 6s followed and pretty soon it was 145 for 3 and when the winning runs were scored there was jubilation at Jack Harper Park. Lara finished unbeaten on 57 with a real Captains Knock and Tess scored an excellent 44 Not out to cap an excellent day with bat and ball.

Win or lose , It would have been an great day for the club and one to enjoy , but for the team to put on such an excellent all round performance and bring home the win was very special. The work the whole squad and Head Coach Chuka Uba have put in over the winter has been incredible and they all deserve huge credit. It rained , covers were on and off , a lovely Tea was served and the game was played competitively but in great sporting spirit. We are very grateful for North Kildare for making the trip to Balbriggan for our first women’s game and how they played and conducted themselves on the day was a credit to their club. Its just one game and there was plenty of areas that Coach Chuka Uba will want to work on , but it’s always important to enjoy a win , as there will no doubt be tougher days ahead which is part of what makes sport great. It was an historic day for the club and the players , Coaches , Managers , Ground staff and Volunteers did Balbriggan CC proud.

An unfortunate start to the season for the 4th xi this weekend saw their game abandoned after 20 overs. Having won the toss, the 4th team skipper elected to bat, with the chance of rain ever likely, it seemed a good idea. The boys in blue opened the account in a rocky boat, being 5/1, 15/2 and 20/3. In stepped the ever wise Roger Kear who steadied the ship with Chris McMahon at the helm putting on a partnership of 71 before drinks.

While coming off for drinks, the rain began to pour and after taking an early tea, Umpires decided no result would be decided upon today. A share of the spoils for the Fourth XI with 12.5 points each!

The heart would swells with pride after today’s match with the 5ths.

The young lads, aided with an expert innings by Albert, played a stormer today. Winning the toss and electing to bat… who wants to field first on the opening match of the season? Jose O Carroll and Ryan Keenan started well with José going on to score 22. Albert started to get his groove on and made 68 before he selflessly retired, however his know-how was invaluable out in the middle. Fionn Bannister made it to 30 not out and we posted 168.

The bowling all round was just superb, with our debutantes Euan Bannister and Callum Seithi bowling superbly well and taking their first wickets at senior cricket. None of the opposition had a chance to do anything but protect their wicket.

Tommy Harford, Kaelin Knight, Fionn and Jack Walsh and Ryan never gave them a chance and we ground them down and bowled them out for 60 runs.The game was played in the best of spirits and sportsmanship with plenty of smiles.

Special thanks to Andy Bannister who unselfishly gave up his day to help with the team and umpire the match. Top form Andy thank you very much 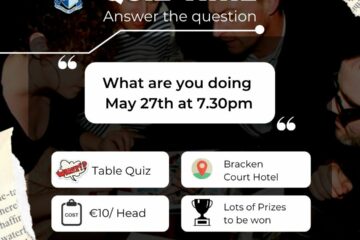 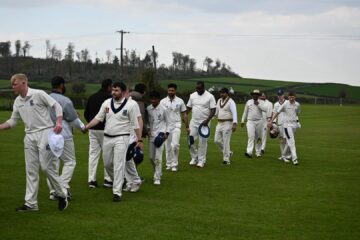 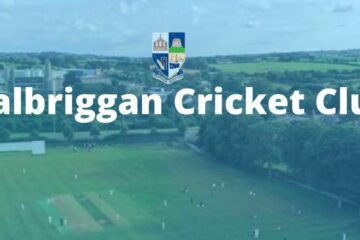